This is not the first time he used this foramtion in his Barcelona coaching career. He had used this couple of times in some part of the game, but this time against Villarreal, it was the classic 3-4-3 formation, something he was used to playing as a part of the 'Dream Team' that played in 90's, winning the Champions League and 4 league titles in a row.

There was many reasons why he decided to use this formation in his first league game of 2011/12 season. one of that is that 5 of his defenders were either suspended or injured (Dani Alves, Pique, Puyol, Adriano, Maxwell), the other reason is to fit Cesc Fabregas into the line up by moving him into a more advancing position. And the third reason is that Villarreal plays with a very narrow 4-4-2 formation that suits very well for the 3-4-3 formation.

Notice that there are acutally 1 natural defender in that line up - Abidal. 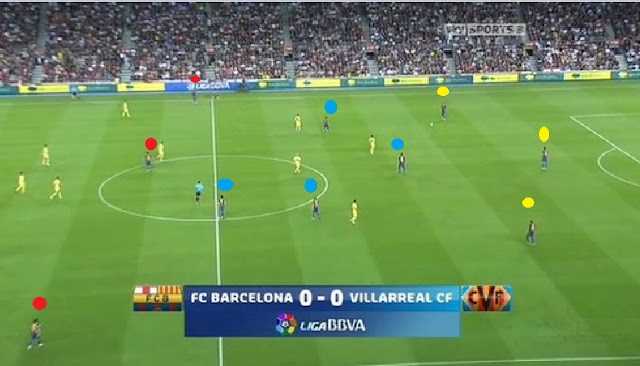 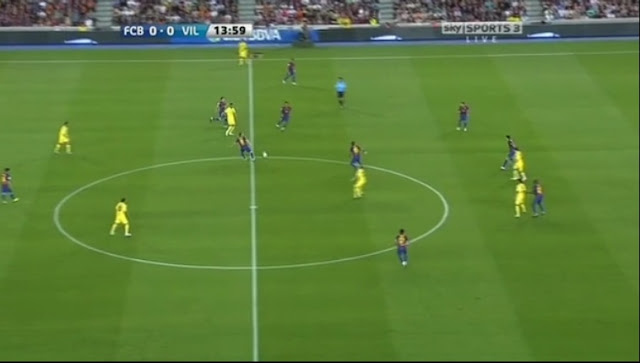 Here's also the longer video analysis of the game that I made earlier.