Barcelona went to Santiago Bernabeu by not losing there in their previous 3 years and 5 games. But this time Real Madrid were 3 points clear and a game in hand. The pressure was definatley on Barcelona and Guardiola, people were also wondering if he goes with 3 or 4 man defence against Madrid, but the outcome was somewhere between it, as you can see here on this picture whcih shows the average position of Barcelona players during the game. 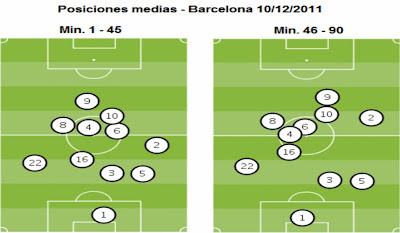 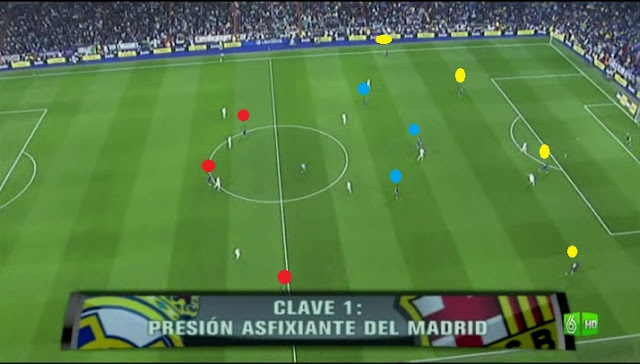 Barcelona conceded a goal in the first minute and after about 30 minutes, they changed their formation. It was something between of 3 and 4 man defence because Busquets played like a false defender, just like Messi as False 9. He switched very intelligently his positions between the defence and midfield. 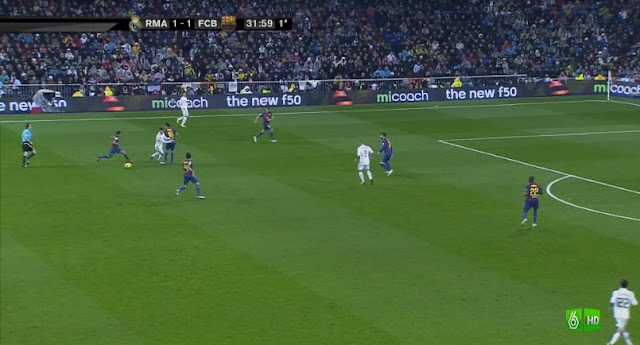 Also check out the longer video analysis that I've made previously about this game.