This is one of my favourite. Once again they had some problems with injuries, with David Villa facing a very long term injury after breaking his leg in the semi final and Alexis had his problems with inuries. When pushed into a corner, Guardiola comes up with his most brilliant ideas, he always thinks so many steps ahead and so did this time. Before the season begun, there was always the talk that how he manages to fit Xavi, Iniesta, Busquets and now Thiago and Cesc into midfield. This was the first game when he put all 5 of them into same linup and what came out was something magical. 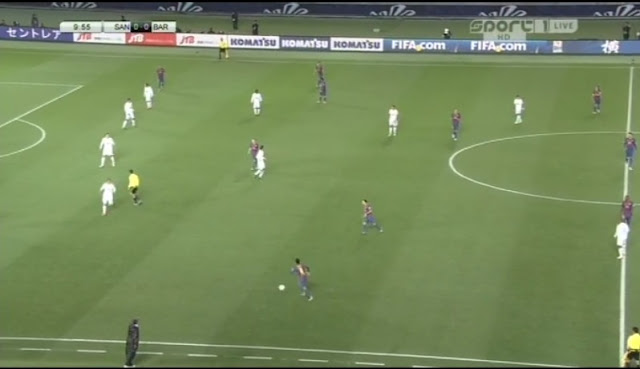 Here's once sequence of the game that sums up the whole system. Look at the formation, how they move, how they change positions, how they make runs into box and how they defend.