2 May 2009 was historic day. Why? Beacuse it was the first time that Guardiola changed Messi's position. He took him away from the Left Winger position and gave him a new role, which we today know as a 'False 9' And the fact that he did it against Real Madrid and they won the historic game 2-6 and Messi scored 2 and assisted 1 goal, makes it even sweeter. Since then Messi's start really begin to shine and he is above everybody else at the moment.


As you can see pictures above the Barcelona's formation and Messi's role. Now he is no more on the right flank and cutting inside, he plays more centrally, Eto'o on his right and Henry on his left. He has more freedom now, he can come deeper to get teh ball, or keep it going with Xavi and Iniesta, he can make his runs behind the defence, but also play troughballs to either Eto'o or Henry. 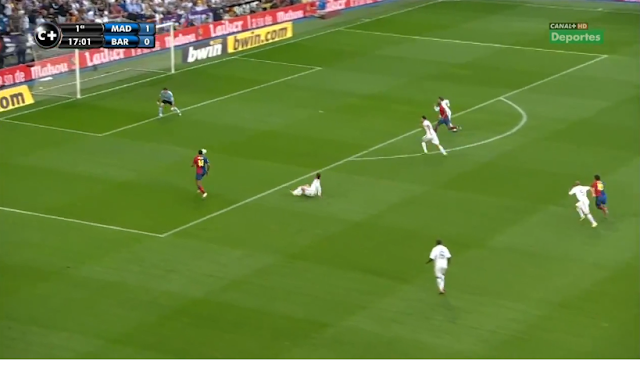 Possession 6-2 -
Messi's new role as 'False 9' which means that he plays the same position that Eto'o did before him, but he comes often deeper to get the ball.
Postitaja: allasFCB kell Saturday, July 14, 2012