It's hard to be a manager of a football club. You have to manage the squad and the club, the budget, signings, departures, give press conferences after and before the games, know your players, scouting opponents, control players diets...the list goes on and on. But what's even harder is being a manager and a coach. Many managers today have their assistant coaches to run trainings while they can run the club. Pep does both. He is very obsessive when it comes to football and wants to be involved in every little detail, he is the first one on the training ground to and the last one out. He has always said that he wants to be a coach and teach his players. Watching his training session with Bayern in Doha, makes me think that I know maybe 10% about football. I just want to share some footballing terms and concepts that I never knew or had never even been thinking of before because it seemed either so ridiculous or so simple.

*
'Touchline is the best defender in the world'
I don't know even where to start... His footballing knowable is simply something else. He thinks about things that we would never even think of. This video is when he was in Argentina last summer and gave a lecture on Lionel Messi’s false 9 role for Barcelona. It was the 2-0 game which Barca won against Real Madrid in 2008/09 season at Camp Nou, playing 433 with Messi on the right wing. He shows how easy was to cut off Messi's movement because he didn't have a 360 degree space available. What Madrid players did was that they pushed him towards the touchline and then pressed him and blocked channel where he could play. The opposing team has to do less job because the teaching does its work no matter what and allows him not to go right. In the next Classic, Pep moved Messi into the false9 role for the first time and it gave him the 360 degree freedom now instead of the limited 180 degrees where his movement was limited by the touchline.
(3:35 - 4:07)

*
'In order to help your teammate, don't move towards him, but away from him'
(9:30-14:10)
http://www.beyondthepitch.net/podcasts/edition/index.cfm/beyond-the-pitch/2011/08/29/sid-lowe/
Everybody who has played football would say that the common sense is when you want to help your teammate in possession you run towards him to help him out. When Mascherano came to Barcelona he thought that too, and he struggled really badly in his first few months with the team to fit into the style. Guardiola always spent a lot of time explaining his players what to do and why. Both in the training sessions and on the field. He told Mascherano that if you want to help your teammates, don't move towards them, move away from them, so you can open up a passing line, open up the game, give more space to the player with the ball. So moving away from them is a good thing if you do it right.
Look at the three clips I made. First look at the CB movements. They always move away from each other and from midfielders so that they can invite the opponent strikers to mark them and thus leave more space in the middle to move the ball forward. The second and third clip is when Mascherano and Alba move backwards when they have passed the ball so that the player have always an option to play the ball back to him. If they would move forward or even stand still, the option of giving the ball back wouldn't be there any more.

*
Beat players without actually beating them.
On the same audio clip Sid Lowe mentions Iniesta's gameplay and how he beats player with holding the ball, inviting players towards him, brings towards them, holding the ball and then releasing the ball just at the right time to his teammates who is now free because 2-3 players are marking now Iniesta. People in Spain also call it La Pausa, the ability to create calm, to wait just long enough to release the ball, to have that almost panoramic slow motion view when others are playing 100mph that gives you the ability to dictate the game and tempo.


*
Move the team, not the ball.
Most teams are reactive, not proactive. Not only on the field, but also managing the team. This is why so many teams change their coaches all the time, not giving them enough time and when there are no results right away, they sack him and bring a new one, hoping he'll do a better job. That's reactive. You act based on the results and things that have already happened. Same analogy is on the pitch. Most teams are reactive, which means very simplistically that they sit deep and wait until the other team gives the ball away so then you can play. Barcelona on the other hand is a proactive team, which mean they think more than one step ahead. Defense and attack can't be separated. You have to combine them.
"Great teams all have the same characteristic of wanting to control the pitch and the ball" - Sacchi
Simply moving the ball isn't enough. You need to move the opponent team via ball circulation in order to tired them and then find gaps between them by the ball both vertically and horizontally.

Barcelona's 2nd goal vs Real Madrid in that game is a good example of a reactive and a proactive team. Barca had the ball and they were the side that had control and via ball circulation, they also moved the Madrid team in order to find gaps and move forward.

It also helps when you have intelligent players in the squad that have the awareness to move the whole squad by themselves, like Busquets did against Villarreal when he showed the whole Villarreal team that he is going one way, moving the whole block to the right, while he knew that it left space and time for Alexis on the other side. So he quickly stops, turns, and plays the ball to the other side.


*
Provoke players with the ball
It's not the player that they want, it's the ball. One of the best things that Barca players do is when they have the ball and not try to dribble past opponents, but to provoke and tease, get opponent player just close enough to you and then release the ball at the right time into the space that he left behind him. Xavi has that ability and this is why he is one of the best playmakers of all time. He doesn't have any particular skill that makes him special. But he plays with his head, not with his instincts. He has an extreme confidence when he has the ball, so he brings players towards him and then at the right time he pays the perfect pass.
Watch in this video how he manipulates with Pogba. France played with 451 and Pogba was the pivot who had to cover the space in between the lines. What Xavi did twice in this video, he invited him towards him when he had the ball, he provoked him, he teased him. He hold the ball just long enough and when he was close enough him,he released the ball and played the pass behind him in the zone between the lines.


*
Learning from other team sports.
Guardiola's close friend, a former water pole Olympic champion and one of the best in that game, Manel Estiarte, who has been his right hand man in Barcelona and Bayern, have said that Pep likes to take his influences from other sports and learn from them. Whether its basketball, handball or whatever and bring it into football.
For example, look at the following video and how Barcelona is pressing. It's very similar to what you see in basketball. Half zonal marking and half man marking. They defend in zone as a team, but individual players mark individual zones and then mark the player with who currently is in possession. And what's also different from the 'common sense' is that they don't attack players, they don't go into challenges to win the ball or tackle and thus win possession. They first keep distance and just when the pass is made, they run at them, but not going into a challenge, but stop about a meter before them, just to put on the pressure to play it backwards with one touch. If they decide to hold onto the ball, they can't turn because the pressure is there and not allow you to turn and run. Barca put the opponent team into a huge pressure so that they almost have to give the ball back by themselves and thus they don't need to win it back themselves with tackles or challenges that could lead into unnecessary fouls and cards.


The other thing I've noticed watching NBA is how they often play their star man into 1vs1 situations, when the playmaker has the ball, he gives it to his star player, who is good at 1v1 situations and can beat players, and then basically runs away from them, dragging a defender along with him. And when they decide he is too good 1v1 and try to double team him, it leaves a man open and 3v4 on the other side so he could be clever and play the ball to one of the open man again and make them run.
When Barca had the free kick near corner flag, Xavi & Messi were behind it, with 2 Athletic defenders against them. Xavi saw that and told Messi, I play it short and leave you 1v1 and I take away the other defender. They were smart and played to their own goods, Messi is so good at beating players 1v1 so that's what they did, they played to their own goods. 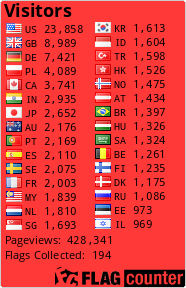